5 Reasons Why
Home Lifestyle McDonald's History: Why it is the Best Fast Food?
Lifestyle

McDonald’s History: Why it is the Best Fast Food?

Here we are with the McDonald’s History and some significant reasons to understand why McDonald’s is unstoppable in the fast-food chain. And what strategies does this fast-food brand use?

Undoubtedly, McDonald’s is the place that provides the best fast food worldwide, with a lot of variety. And most importantly, all things are budget-friendly.

I want to share that being a child; I was obsessed with McDonald’s. However, the charm remains, even after 22 years. Like many people, happy meals were the most appealing thing to me. 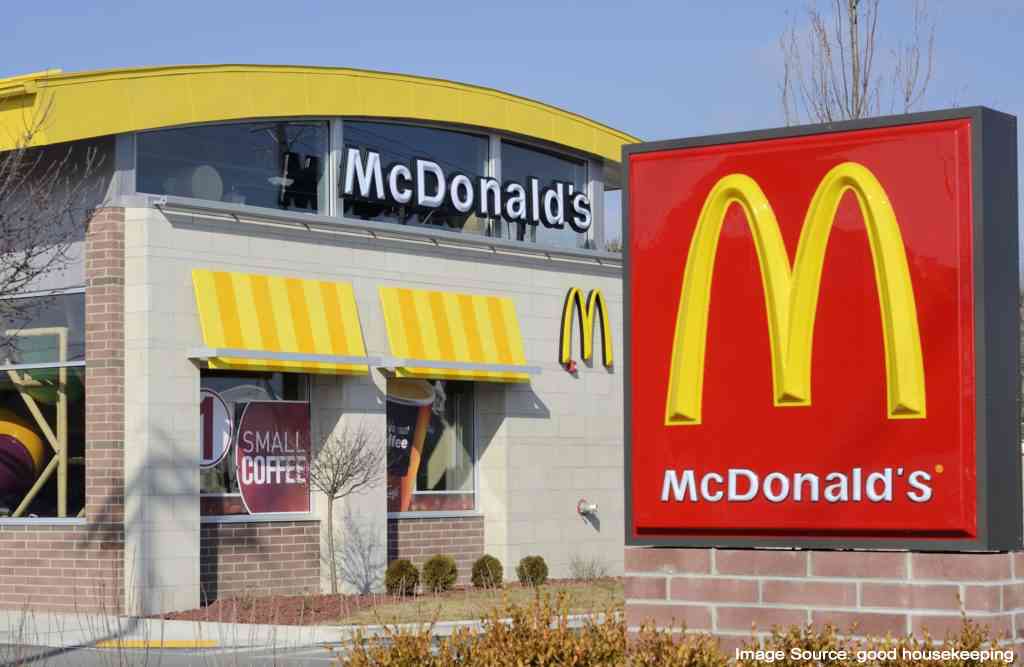 Back in my childhood, I remember jumping with joy after getting my happy meal box. And the sense of happiness I achieved was more than anything in this world. And the same satisfaction can be seen in the eyes of almost every child around.

So we can say that McDonald’s never gets old in creating little happiness in someone’s life. And it has a lot of support from its small community, that’s why McDonald’s is the best.

Moreover, it is unique and unbeatable due to McDonald’s history of excellent customer service, competitive strategies, and manufacturing techniques.

The names McDonald’s bring itself water to our mouths because of its delicious food and range of many food options. Kids and adults love McDonald’s because fast food is home for many people.

Later in the article, we’ll discuss Why McDonald’s is the Best. Moreover, what makes our favorite food unique and mouth-watering? Firstly, let’s take a look at McDonald’s history.

The history of MacDonald is quite fascinating and interesting yet this company faces many ups and downs in its whole success career. 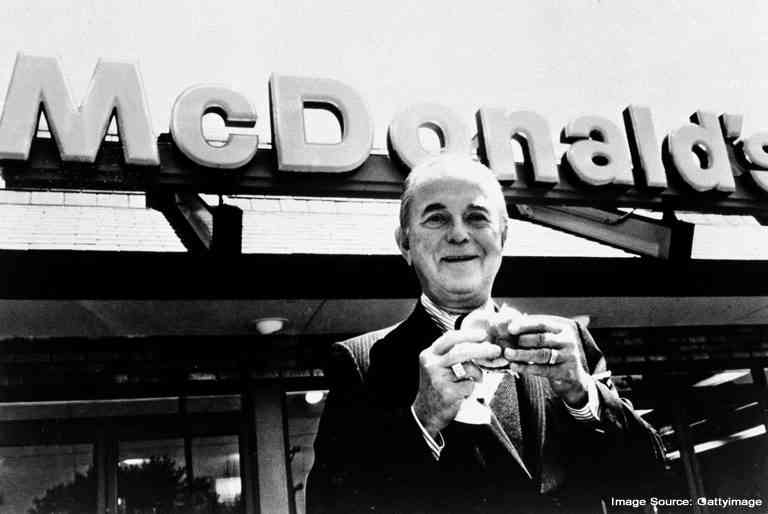 At the start, the restaurant has a big menu but they couldn’t afford it so they shut down the restaurant for three months for alterations in 1948. After the alterations, they reopened the restaurant with a small menu with nine items but kept one specialty that was 15 cents hamburger.

Further, the year 1954 became the year of success for this company, a multi mixer salesman Ray Kroc visited the company to give more milkshakes machines to brothers. He heard the idea that MacDonald’s brothers want to introduce their business worldwide. The 52 years old Kroc got fascinated by the idea and decided to help the brothers.

However, in 1955 Kroc opened his first McDonald’s branch in Des, Plains and the selling of the first day was 366.12 dollars, which is a quite huge success.

Then in McDonald’s history, in 1961, hamburger university was open in Illinois McDonald’s, where students used to get degrees in the professional making of burgers.

In 1949, both the brothers introduced the French fries that replaced the potato chips and also included the milkshakes on the menu. Then in 1965, fish filet sandwiches were the first items added to the McDonald’s menu worldwide.

Furthermore, McDonald’s history included the addition of a big mac in 1968. In 1973 the quarter ponder was added to the menu of this fast-food chain.

In 1974, the first Ronald McDonald’s house invented. Moreover, the Egg McMuffin and chicken nuggets were added to the menu in 1983.

Later in 1984, Ray Kroc died, which was quite a loss to the company. Meanwhile, in 1993 the world’s first, McCafe came into being and 1995 was the year of Mcflurry’s invention.

The first international ad of McDonald’s was on the televisions in 2003, and the McDonald’s, breakfast item was launched in 2015.

McDonald’s chefs are very innovative in their work and create a vast menu for their customers. They are readily available to meet the competitive environment. 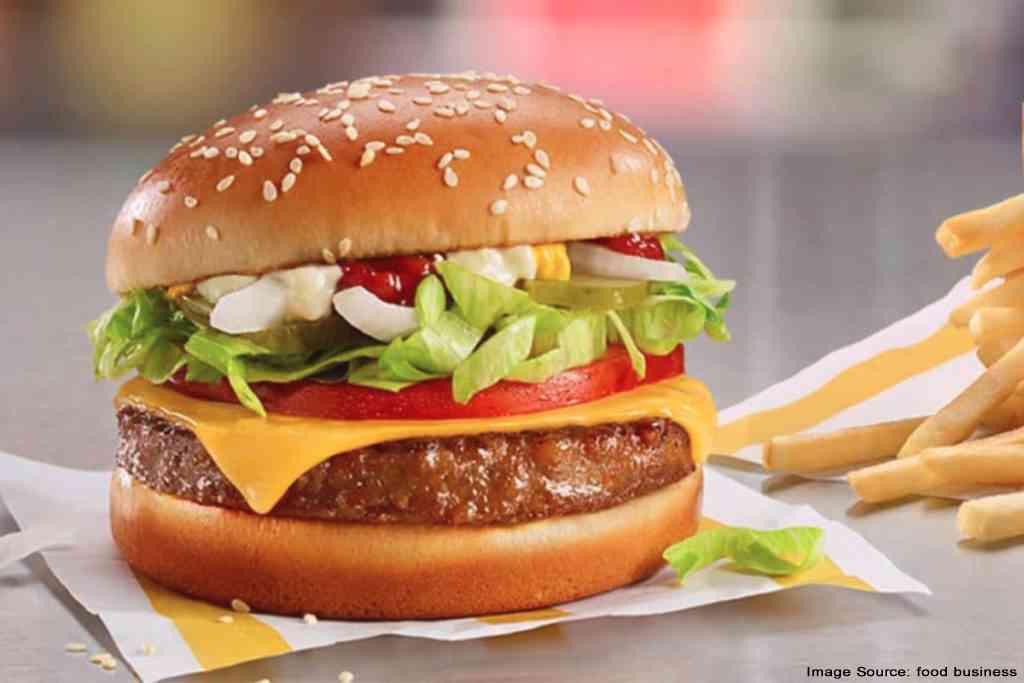 The eatery generates new ideas day by day to create a considerable menu according to the taste of different people. If we move around the world, we can see that every city has its list of McDonald’s ranges from different kinds of burgers to delicious Mcrabias. They provide services according to taste preferences.

McDonald’s serves 120 countries in the world. It changes its menus on the people’s demands. In 2000, when people were concerned about heart diseases and obesity, the firm came on front lines. It started adding more salads and chicken to its menu to balance out the flavor and quality.

Each year 1800 new items get tested, and only 3 or 4 get its ways into the store. Recently, McDonald’s has started its breakfast ranges for its customers because customers are the foremost preference of this taste house.

McDonald’s has the best supply chain and consistency

Have you ever heard from any of the McDonald’s outlets that they are out of stock?

In my case? Never in my 20 years of experience.

The other reason McDonald’s is unbeatable because it always serves its customers on time. And never had a shortage of any supply and always be ready to help us.

Just think how much planning and struggle one requires to maintain the flawless supply of food and beverages only to please their customers, and McDonald’s is doing it efficiently.

Secondly, talking about the quality of food, we can say that McDonald’s did not take any risk on its quality, and it’s remaining the same for many years. Many companies lower their conditions after they get into the market, but McDonald’s knows how to maintain customer trust in this long run of quality.

McDonald’s mostly has support from its little FAM. Do these little juniors support the brand so much? The answer to this question is Richard McDonald, who always has a significant and bright smile on his face.

Richard is the key to the success of McDonald’s because it attracts children and adults equally. Whenever customers visit any of the outlets, he was sitting there greeting everyone with a smile, which creates a sense of friendship and love between the company and customers.

McDonald’s has a strong co-branding with many other brands, which makes it different and unbeatable as compared to other fast-food brands.

Here are some of the co-brands, such as:

McDonald’s has a very affordable menu, which causes it sometimes a downfall. It is serving the dollar meal in some countries, which allows the customers to eat a full meal at low-cost prices.

Dollar meal includes the sausage biscuit, hash brown, and coffee just under three dollars. They offer French fries and salads on the menu. But the affordability attracts various middle-class families, which in return provides an enormous profit to the company.

Moreover, MacDonald also provides the breakfast range in the budget which is good for the students and for all other people who do not have anyone to cook their breakfast and for the people who have a lack of time. MacDonald has everything to offer according to people’s demands making this place a favorite of everyone.

Above mentioned reasons show why McDonald’s is the first and foremost choice for fast food. It has faced many of the downfalls but due to its innovative ideas. Excellent staff and great taste, it made the great come back in the fast-food industry, and now we all are loving it!

Self motivation: 5 Ways How to Motivate Yourself

What is self-motivation? How to motivate yourself? Are you motivated enough to achieve your goals? These are some basic yet useful questions, whose answers...
Read more
Lifestyle

5 Major After Effects of COVID-19 on Mental Health

In this article, we will discuss 5 Major After Effects of COVID-19 on Mental Health. Nowadays, everyone is talking about the physical effects of coronavirus....
Read more
Health & Fitness

5 Reasons Why Vitamin C is Essential

In this article, we will highlight the fact why Vitamin C is an essential need of our body. What if you don't have proper...
Read more